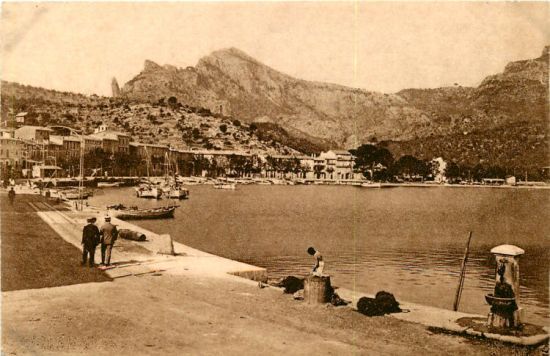 The Vespa shoots out from under him as he rounds a tight corner, gravel racing ahead as he and it slide sideways along the roadway in the electric slow motion of danger.

—She’ll blame it on the claret, he thinks. Always giving out to me about it, but everyone knows having a few bottles at lunch is completely harmless.

In the distance, the sound of waves crashing. In proximity, the scooter’s plastic fairing grinding the pavement, the skitter of small stones, the insectine whine of a tiny engine.

—That night when we first met she had a rose in her hair, like those Andalusian girls used. Loveliest thing I’d ever seen.

His floppy sun hat leaps off into the wind, becoming a cotton gull as it wings out high above the water beyond the cliff’s edge.

—What was the argument before he left? Things she wanted: children, a shiny ring? Things he wanted: another drink, her sister? It all seems so far away now.

His ride unwillingly chases his hat over the edge with him still on it, and for a brief moment as he hangs upside down in the air the sky and sea join into a single blue expanse. Although he composes a thousand apologies and reconciliations on his way to the rocks below, only the crabs savor them.