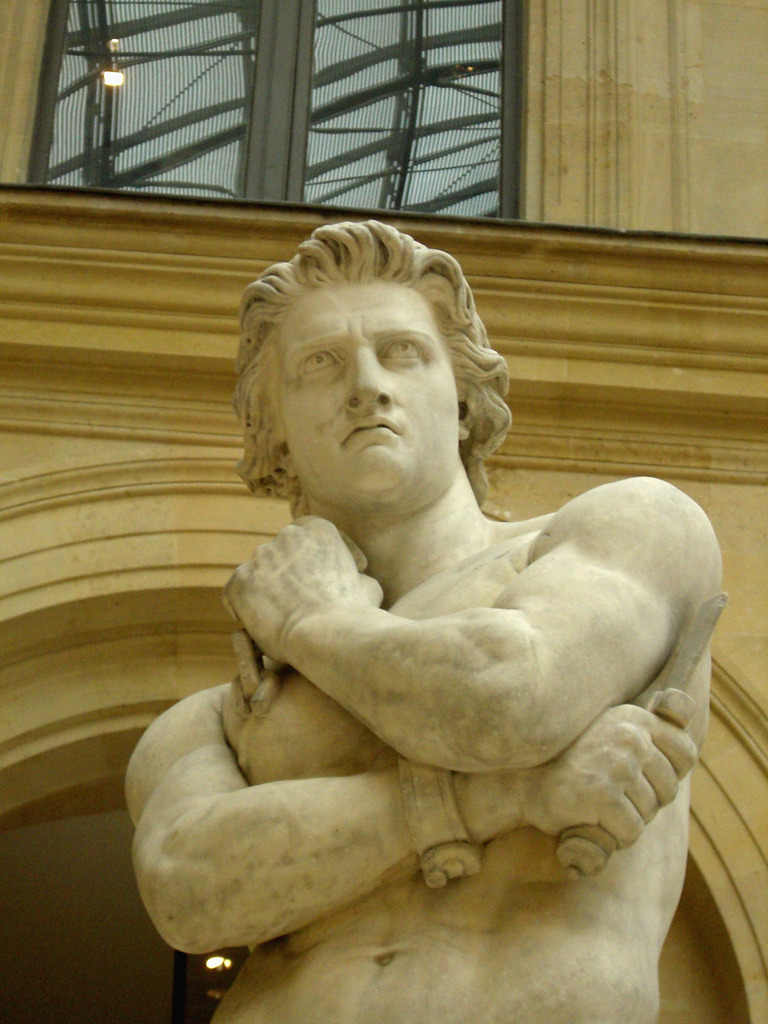 Asleep within a crater on dormant Vesuvius, Spártakos dreamt of fishing in the Struma, hunting in the forests of the Kresna Gorge, making love with his wife in sunlit fields. He awoke with a start, thinking once again of her warnings, her visions of awaiting legions, how if he had listened to her none of this would have happened.

—How many years has it been? Is she still alive?

The capture was humiliating, but it was only the start. He fought under the sun in a pit of hot sand for the entertainment of fat senators and their catamites, killing men who had done nothing against him. How many years? How many corpses?

When they escaped, that laughable band of seventy, he thought they could run, that he would live to see Thrace again. The other Gladiators chose Spártakos, Curly and Wino to lead them. He was skeptical of those two Celts, one a thief the other an alcoholic, but they proved themselves good in a fight before they fell, Wino in an ambush during the first winter, Curly after he took his troops South to chase plunder.

—If Curly had stayed we might be over the Alps by now.

Looking over the encampment, swollen with shepherds and vagabonds and every other kind of man but warriors, he knew that there was no more hope. The Imperial navy had sealed Sicily from the coast, and the northern route was guarded by the Pompey’s legions, just returned from Spain. His band would march south the next day because it was the only way they could go.

She had warned him when they were both young that he would one day die in Lucania, and she was never wrong.