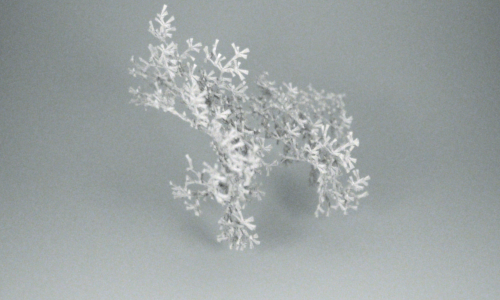 She had been a lead researcher at the Institute for twelve years before they let her see it, or even acknowledged that it really existed. When the day came, they walked her through layer upon layer of security, ever deeper into the mountain, until–four retinal scans and most of an hour later–she donned a hazmat suit that they spritzed with who knows what, and then, finally, there it was: an indestructible hovering alabaster algae brought back from the surface of the moon.