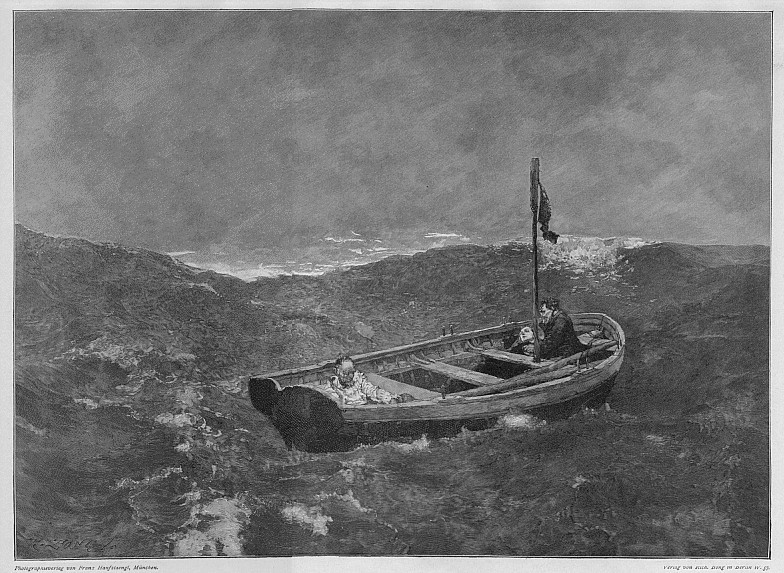 On dock she held aloft the captain’s red cravat while he stood on deck with her fluttering butterfly blue scarf on his neck. He shouldered the weight of Melville’s piled centuries since paradise and eyed the vanishing point flatness of the horizon, urging his crew to catch every scrap of wind.

For years the harbourside fruit monger had sold him fragments of his waking dream. She had a smile to warm your hands on, a lovely neck and tresses a trellis he’d kill to climb.

This last purse his journey’s end, a farm on dry land. He came to her the night before he left with questions trembling on his lips, but they were displaced with kisses. The terrific suggestiveness of her words and acts, the splendeur in bed, it all turned his grey haired heart from the churchyard where the future lay graveward with a spade to now, now, now–

Now? His eagerness had pressed them faster than prudence would advise until two weeks out a cracktimber calamity sent every man to lifeboat or seafloor, and now she burned within him as they rowed under heavy darkness.

The sea was cross, striking out with angry drunk blindness, their lives forever sought by unmourning water until, at last, the white no longer night showed him shore and tower and upon the tower a tiny figure waving a red cravat.