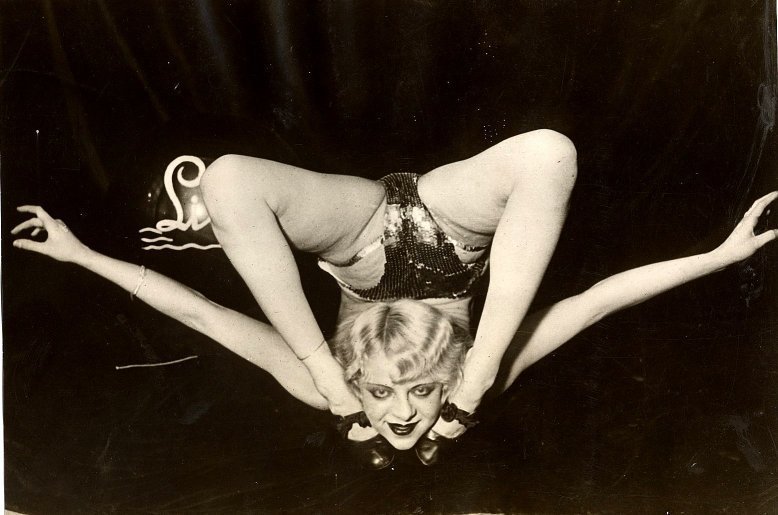 The Dog-Faced Boy had been in love with the Bearded Lady as long as he could remember. He would sit up nights, imagining a furry wedding with monkey ushers and lioness bridesmaids, the Ringmaster performing the role of the priest. He had a tiny book hidden under his bed where he’d carefully sketched every scene of the wedding in colored pencil.

The Bearded Lady only had eyes for the Strongman. She would linger in the big top to watch him practice heavy lifts in a black and white striped leotard. The bulge of his muscles, the sheen of his sweat, the laconic ease with which he performed, they all drove her to distraction.

The Strongman, in turn, longed for the Boy on the Flying Trapeze. He often fantasized, while vigorously waxing his mustache, about catching the lad as he fell after a missed handoff, then carrying him away to someplace far from the carnival where they would live happily ever after.

The Boy on the Flying Trapeze was in love with the Contortionist, who—because of her extraordinary flexibility—was able to love herself, though only physically. She had a reoccurring fantasy about being licked all over by her favorite lion, who wanted to mount the Lion Tamer for reasons that had little to do with passion.