This month I decided to experiment with different rendering systems. The meshes are all still produced with Clojure code, but the renders are no longer being produced with Quil.

The first example is this faceted toroid created programmatically with Clojure and then rendered using Houdini. A higher resolution version of this one became the lock screen image on my pocket computer. 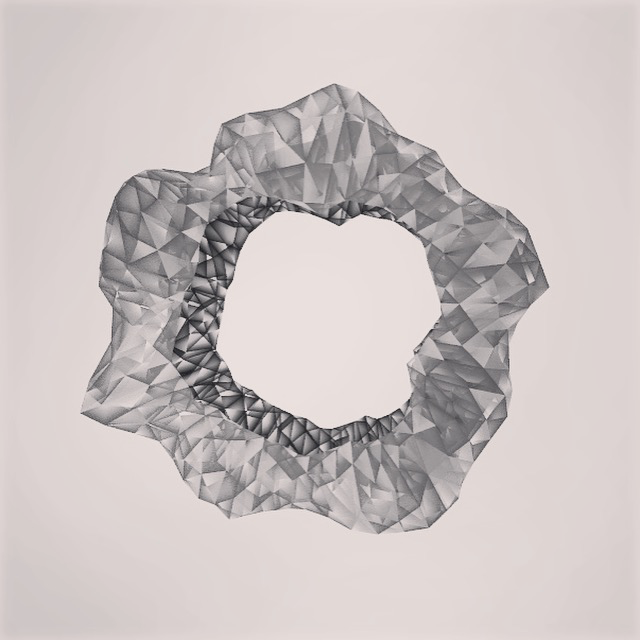 This is a Lorentz attractor projected as a long strand of floating beads, then rendered using LuxRender: 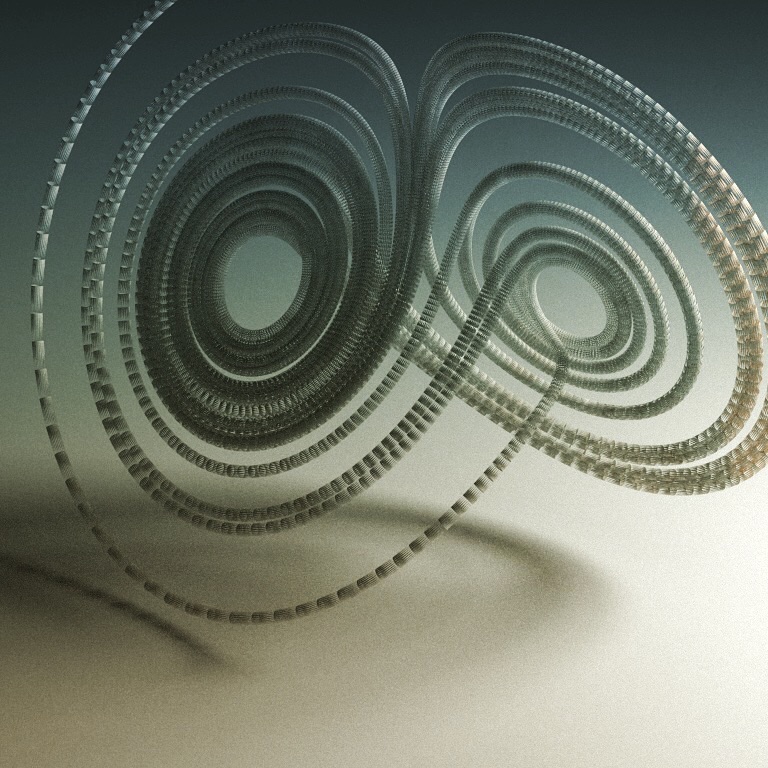 Another really nice optical effect created by extruding a woven shape and mapping a stone texture over it using LuxRender. This one makes me feel like I am in a timeless temple consecrated to undying stone snake god. 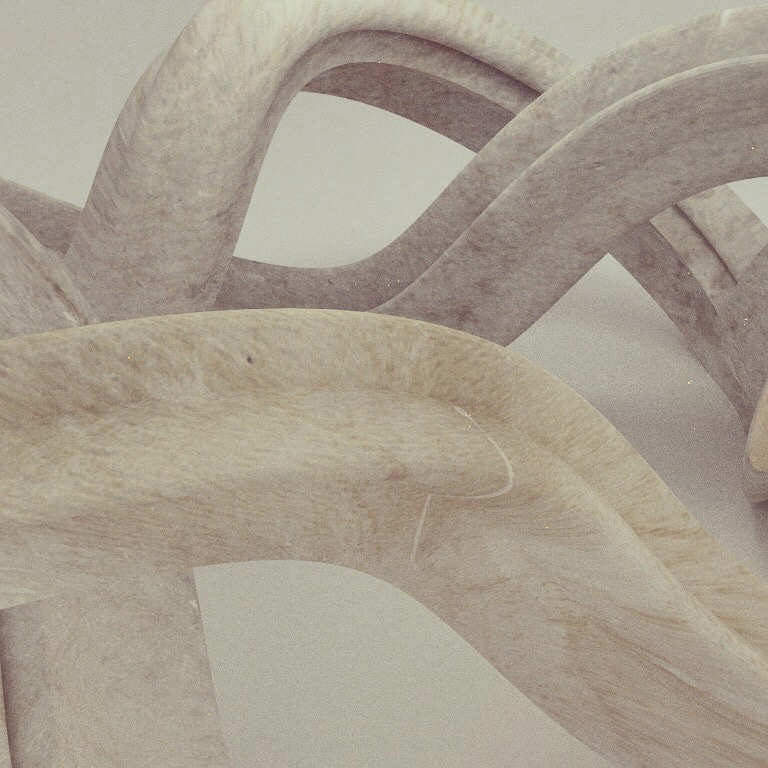 Yet another LuxRender render, this was a visual prototype of a small flowerpot. The pot itself is shown below. 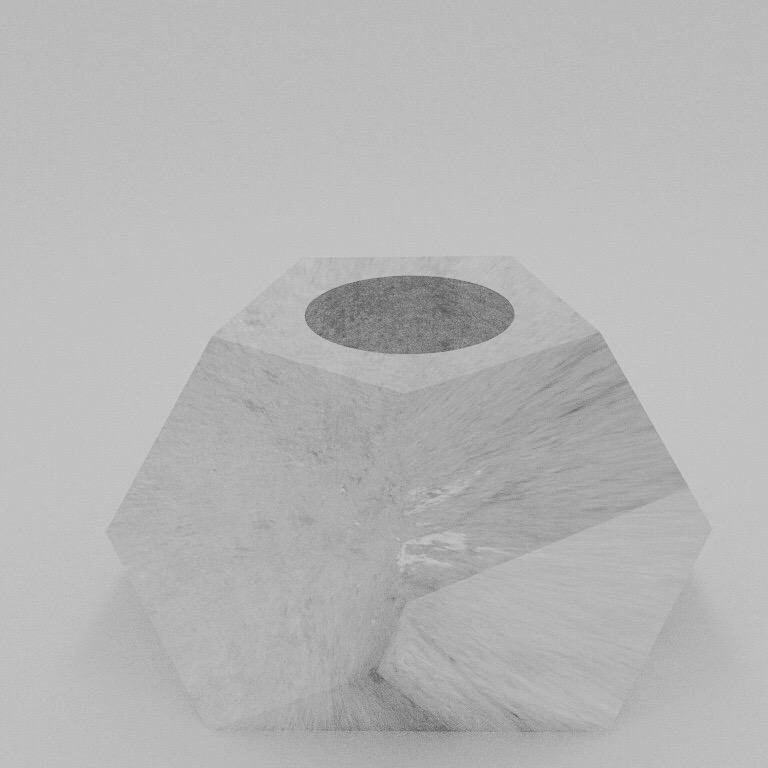 The physical flowerpot from the preceding prototype rendered into porcelain, plus cactus. I had never worked with this material before, so this served both the practical purpose of giving my cactus somewhere to live and gave me some idea of whether creating larger porcelain scultures would be interesting. 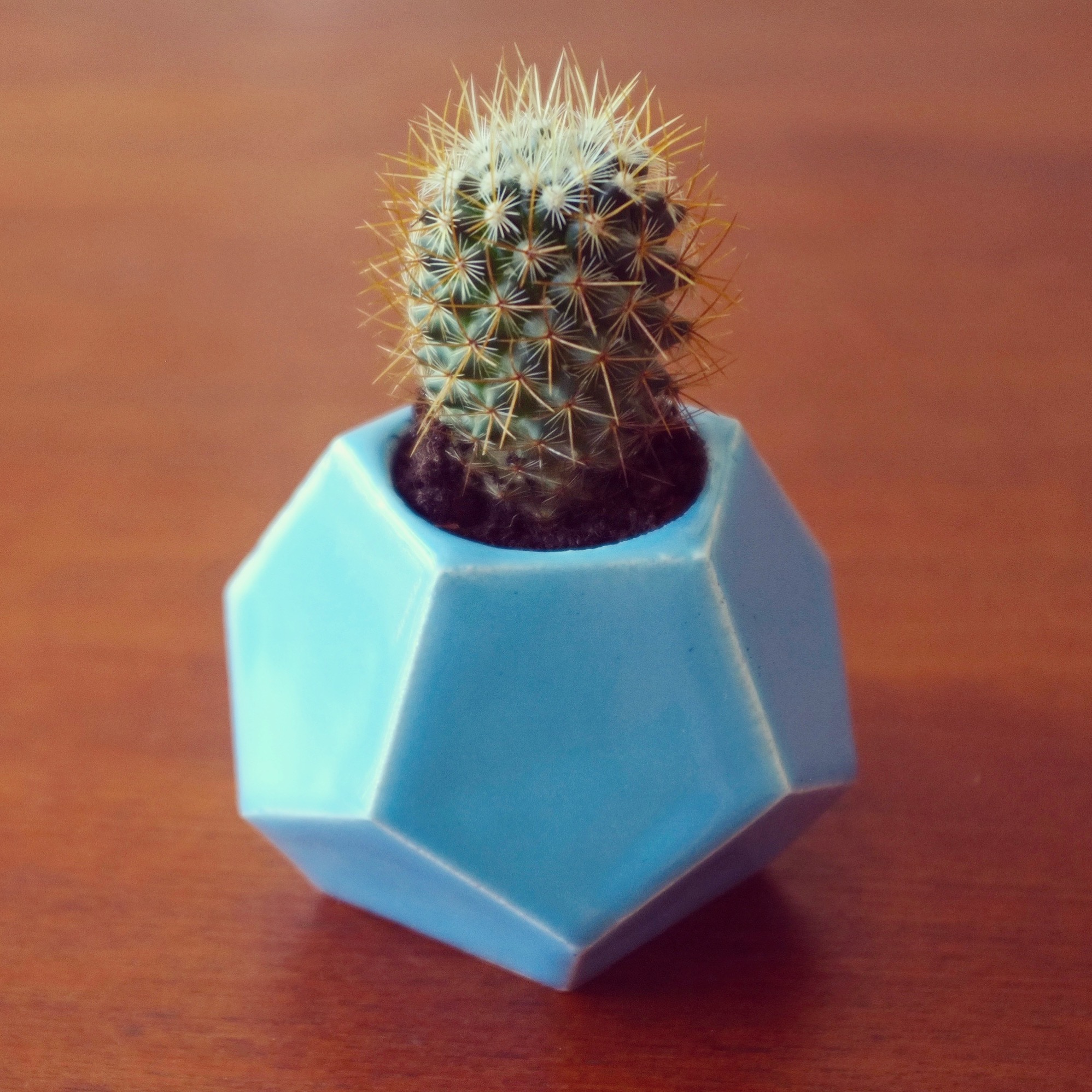