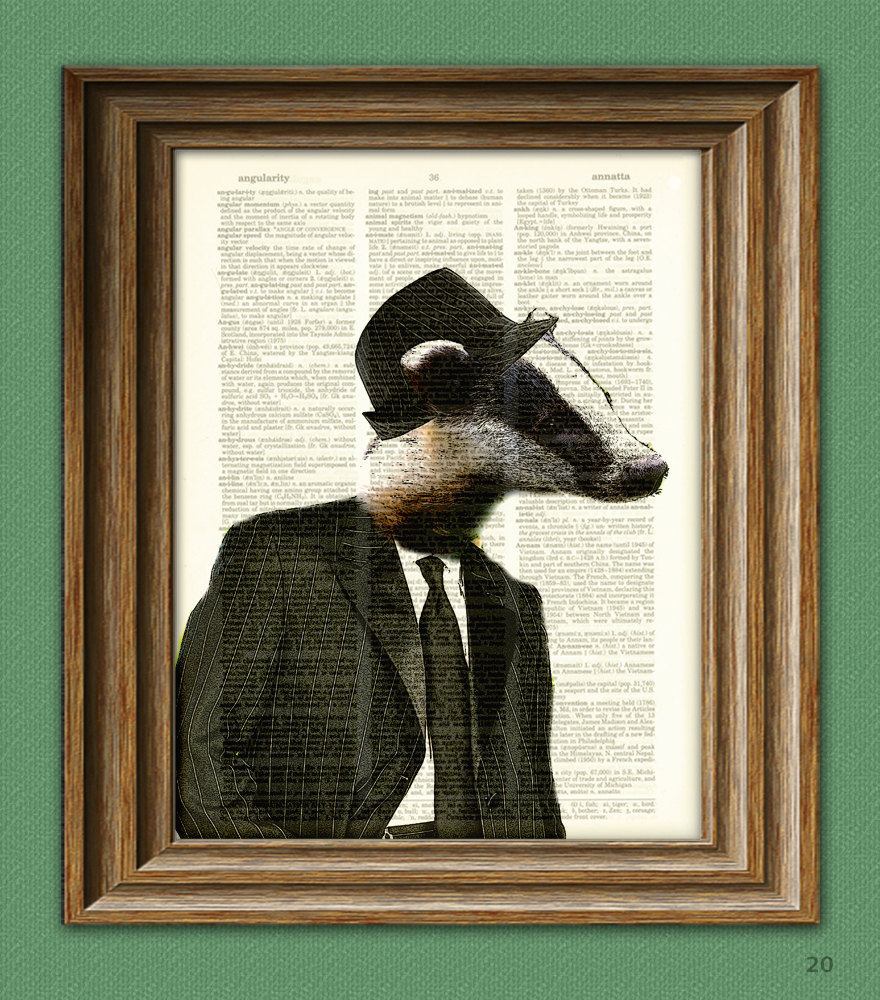 They found him in a field, a little ball of blond fur with big blue eyes. She wanted to keep him, of course, while her husband was less certain about the whole idea. She won the day, and they adopted their son, Seamus, a tiny badger.

Years went by as they do, and the badger grew as a human boy would—taller, darker, even more hairy. Knee-pants gave way to blue jeans, girls started to notice him, he played in rock bands. He left school, his career took off, he had a series of stable relationships with ever more promising young ladies.

It was as good a life as his adoptive parents could have hoped for Seamus to have. But still, something wasn’t right. One day, on the way back from his office he realized what it was: he was a fucking badger. What the hell was he doing in a suit? In an office?

Half a bottle of armagnac and a pouch of pipe tobacco later, he resigned himself to it. A first rate education, relative wealth, and considerable prestige within his profession were of no consequence to one who was, really, a beast of the field trapped in the world of men.

Two and a half years later, he climbed off his Czech girlfriend and staggered downstairs to the postbox at his flat in Berlin’s Kreuzberg neighborhood. There he found the first royalty check from his first novel, published after a protracted bidding war by the esteemed firm of Ferret, Stoat and Giraffe.