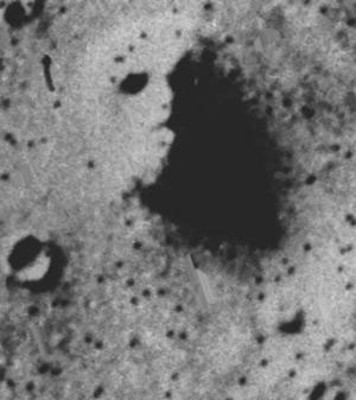 Jared Marechal took his eye from the telescope and wrote in his log book, marking “no change.” He had been watching the Earth daily since before the second Indo-Paki War set off American automatic defense measures, triggering Armageddon. A series of electromagnetic pulses had destroyed most technology on the surface, and left it—still, thirty years later—a sparsely populated feudal wasteland.

Jared walked to the center of the once grassy area reserved for civic assembly, his brown robe trailing him slightly, his head hung down as if by the weight of his grey beard. Climbing onto the podium, he looked out over four generations of Colony families and winced at the hope he saw on the faces of those old enough to know what was happening.

As the crowd grew quiet he began: “Our botanists have had no success combatting the mutant fungi.” Murmurs rolled through the crowd like leaves do in the wind depicted by Earth films.

Jared held up his hands until they quieted themselves.