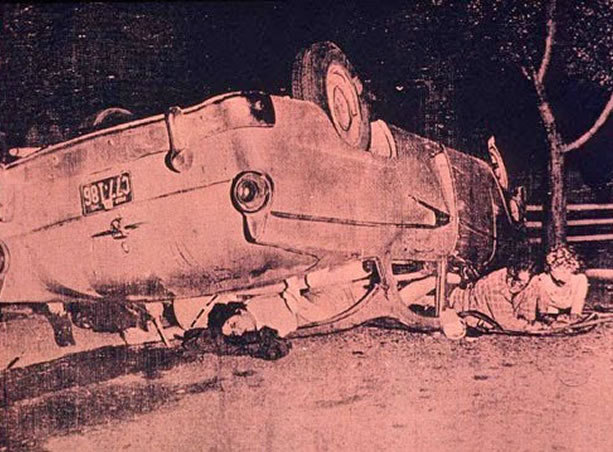 –I can find some excuse, Sheila repeated.

Jimmy lit another cigarette and they made their plans.

He had given up lechery and drinking, tongue-kissing virtue behind the youth center and starting his young life over. No more would he break into some neighbor’s tidy home to steal things he’d only get caught selling. He’d finish school, learn a trade, get a job. This was just a short diversion.

Sheila arrived a few minutes late, breath visible and eyes flashing white like a startled horse. Jimmy put both his hands on her face, like blinders, and kissed her slowly until her anxiety calmed and her blood rose. Her rucksack went into the back of the car, herself into the front. When she took off her wool cap heaven fell from her hair.

–I’ll be seventeen in nine months.

–We’ll only hide until then.

Lashed by angels, they drove far and fast, the road curving through green mountainous country. Ten times they caught him in his dreams, but only once in the flesh. A chase ended with a crash, then he fought, the way he’d always done, until a truncheon settled the matter more finally than its wielder intended.

Sheila came to Jimmy’s grave every week for a year to pour a bottle of stout through a hole in his coffin.

–O, ghost, you almost killed me but I never felt more alive.