I just built a new Content Management System for my website. This is a weird — maybe deranged — thing to do in 2017, so I’m going to try to explain why. The explanation will inevitably contain too many words.

Before the Gold Rush

I started posting small pieces to my first “home page” in the early-90s, and then kept a semi-popular blog for around ten years called Rhetorical Device. In the earliest days, everything was artisanally crafted HTML, but I quickly started building ever-more-complicated experimental CMSs to publish my writing.

It was an exciting time back then, with a frontier feeling — anyone could claim a small plot of Internet and just try things — and I really enjoyed living in that wilderness, building my own small cabins of prose. 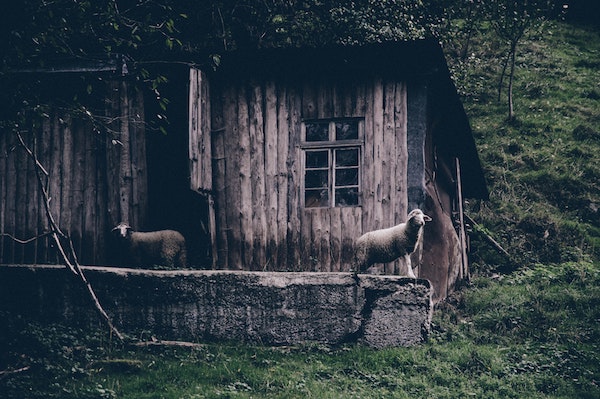 The early blogging scene was exclusive in the way new things often are. We felled our own timber, configured our own servers, wrote our own software, and carved our webpages out of wood using Stone Age tools — none of it was particularly easy or convenient.

Over time, as the tools grew more advanced and the paths better trodden, wagon trains of writers started to arrive on the web. Eventually, blogging became a normal profession. Nowadays, large teams of writers spend their days posting tiny chunks of clickbait on narrowly focused sites, all of it designed for virality. Regardless of what happened to Gawker, we all live in the world Nick Denton made.

At the same time amateur blogging was being replaced by commercial teams, social media started to take off. Here was the opportunity for everyone to publish whatever they wanted with almost no effort to a ready-made audience of friends and acquaintances.

If my handmade personal site was like a cabin in the woods, social media sites are more like a hotel as imagined by Black Mirror — a sort of luxury prison where everything is done for you, but you must watch a stream of gibbering advertisements to stop the lights going out.

I resisted for a good while, but — like everyone else — I eventually signed up at the popular ones. Of the current survivors, I’ve been on Facebook for more then ten years, Twitter nearly as long, Tumblr for seven years, and around six years on Instagram.

There are many things to say about the potential downsides of social media. Hopefully, you’re already familiar with initiatives like Time Well Spent that seek to help inoculate us against attention vampires whose whole purpose is tricking us into looking at ads.

I managed to sidestep the worst of those concerns by practicing something I think of as “attention hygiene”:

That said, and leaving aside the role of social media as surveillance apparatus and propaganda tool, there turned out to be yet another class of problems that I hadn’t anticipated. Each of these services has a certain character, makes certain demands of us, and — as Marshall McLuhan would have predicted — shapes not only how we communicate, but how we think:

The habits of mind encouraged by these services reduce me in ways that I do not like. Additionally, if I make something, I want to have it in the future, not just until the company hosting it for “free” ceases to exist.

So, yes, I know it’s strange to retreat to my own homestead and publish my work and ideas to a corner of the web that isn’t spending a billion dollars of VC cash to tell everyone I’ve ever met what I just did. And yes, pumping my own water and tending my own fire is work, but what I’ve learned over the last few years is that I don’t want to live in someone else’s house anymore.