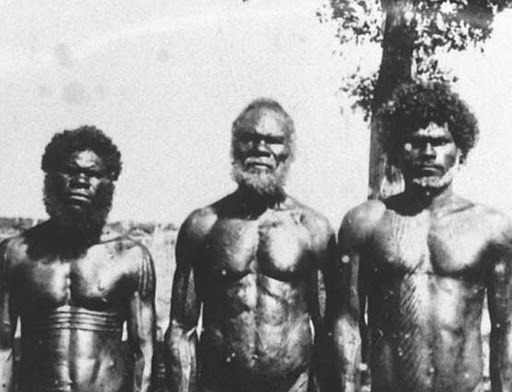 We were the first civilized men to reach the island. The natives greeted us at the beach, carrying garlands of flowers and fresh fruit. The men, who had been at sea for two months, thought it a kind of paradise. I suppose they were right in a way.

These simple people were living in naive cooperation. They helped us build a group of huts at the edge of their village, and we explored and charted the region while our linguists studied their barbaric tongue. Once it was possible, we explained, via translation, that our faith demands competition, winners, losers. They seemed, at first, to understand, showing us the games they play at festivals—wrestling, putting stones, something like the caber toss.

At the next festival, we gave the winner of each competition a reward of tobacco, the natives’ most esteemed trade good. The losers expected us to share with them as well, but we made it clear that smokes are for winners. The next festival featured more fearsome competition, including eye gouges during the wrestling. We increased the prize.

Within a year they were charging each other tobacco for food, shelter and assistance. We had brought the faith and discipline of the market to these savages, demonstrating once more that it is eternal, immutable—God’s law.

At the beginning of the summer of our second year on the island, the chief and his sons came to our huts dressed as if for hunting, bare-loined with spears in hand. He told us they had learnt a great deal from us, and that they were thankful for our visit, and then asked:

Their faces and spears told us that though he phrased it as a question, they weren’t asking. Ungrateful savages.